They said it couldn't be aired: The lost Wayne Kotke segment! 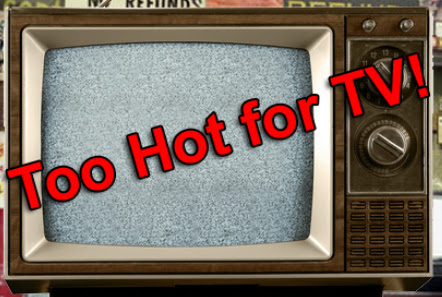 It was bound to happen eventually. Wayne has crossed the line, folks.

I've been producing "Wayne Kotke" segments for the Mail Order Zombie podcast since September 2008, and during that time, I've used my few moments at the end of the show to experiment with all kinds of humor: morbid, irreverent, occasionally satirical, and possibly even tasteless. Surprisingly, considering this is the Internet, there's been very little negative feedback to any of this. Oh, there have been a couple of mild complaints over the years, but nothing too substantial. I think the key to all of this is that the MOZ segments are done in a lighthearted, all-in-good fun sort of spirit. The Wayne Kotke character is nothing if not upbeat. He's the eternal optimist, always sure he's onto the next great idea and totally unconcerned with the consequences of his actions. It never occurs to him that anyone could take offense at what he says. Over the years, I've been testing the boundaries of what people will accept from this character. Wayne has no real "filter," so he cheerfully admits to all sorts of bad behavior: copious drug and alcohol consumption, the sale of illicit substances (sometimes to schoolkids), insurance fraud, mail fraud, a whole host of scams and schemes, and many, many murders. I've sometimes wondered if anyone would ever take offense at one of these segments, but hardly anyone has.

Well, citizens, my luck finally ran out this week.

The hosts of Mail Order Zombie have deemed one of my "Wayne Kotke" segments too potentially offensive and/or controversial to air on their program. That's their prerogative, of course. It's their show, after all, not mine. I was surprised by their decision, however. The segments I do for MOZ are so intentionally outlandish that it's difficult to take them seriously. And besides, Wayne is just a fictional character. He's nothing like me at all. He only "exists" on the MOZ podcast and on this blog, though lately I've been ignoring him here and writing more personal articles. You may not agree with everything Wayne says -- I certainly don't -- but you can't really debate him because he's basically just a cartoon character. You might as well write a complaint letter to Garfield, informing him that Monday is a perfectly fine day of the week, thank you very much, and that you've never cared much for lasagna either. If I haven't made it clear before, let me say it now: Wayne is just a silly character, and the segments I do for MOZ are purely intended for entertainment, not as advocacy for any real world political or social issues.

However, the hosts of Mail Order Zombie felt that the following segment might offend members of the MOZ listening audience because it pokes fun at the Tea Party and Occupy Wall Street movements. The segment is completely nonpartisan, and I tried to make it as balanced as possible, but the hosts of the podcast still felt it could cause a problem for them. I can sympathize with that. But still in all, I did spend some quality free time writing, recording, and editing the damned thing, so I didn't want to just scrap it completely. With the MOZ hosts' consent, therefore, I am now posting the segment here on this blog so that you can listen and decide for yourself whether it goes too far. Warning: Mild political satire (with brief profanity) ahead!

I honestly and sincerely hope not. This segment, like all the others I've done for the podcast, was just a comedy sketch and not an editorial. My segments for MOZ tend to be about whatever I find funny or interesting at the time. The week that I wrote this (and by now it's about a month old), I was suffering from severe post-election fatigue and wanted to write something about that which was even-handed and took both sides to task in a gently humorous way. This segment was nowhere near my favorite bit for MOZ, but I still wanted it to be heard. If you listened to it, thank you. And if you were truly upset by it... well, there's a comments section below just waiting for you. Feel free to use it as you see fit.
Posted by Unknown at 11:33:00 PM
Email ThisBlogThis!Share to TwitterShare to FacebookShare to Pinterest
Labels: cartoons, Garfield, Mail Order Zombie, Occupy Wall Street, podcasting, the Tea Party, Wayne Kotke, zombies
Newer Post Older Post Home

Two of Ed Wood's salacious novels: Purple Thighs and Forced Entry . I n November 2021, I reported to you that I was drowning in a sea o... 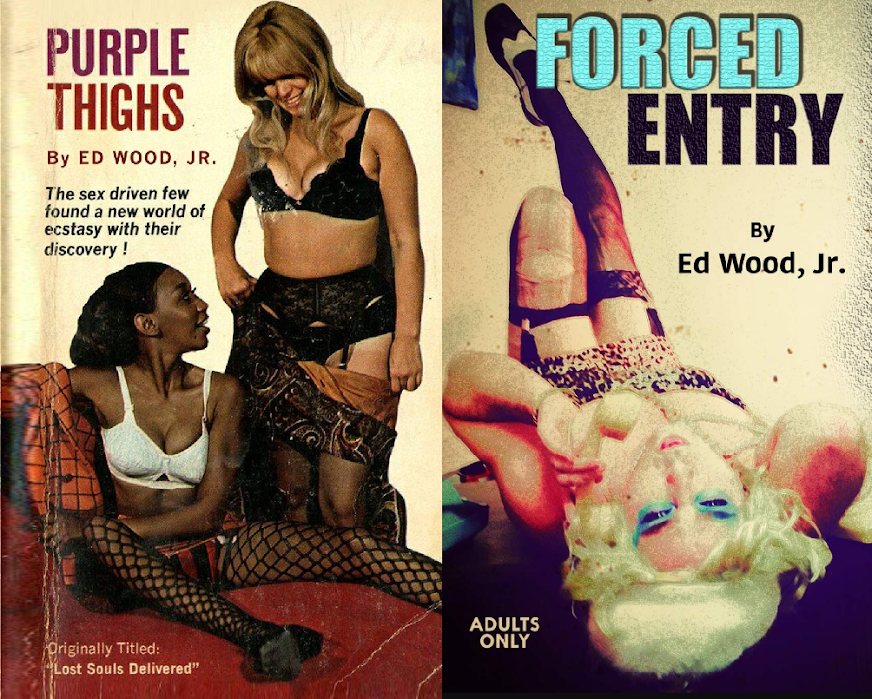