My attention span has gotten so bad lately. I can't even watch a TV show anymore and give it my full attention. Recently, my TV-watching hobby has been creating very crude, childlike portraits of celebrities in the venerable MS Paint program.

Here are a few examples. See how many you can identify. 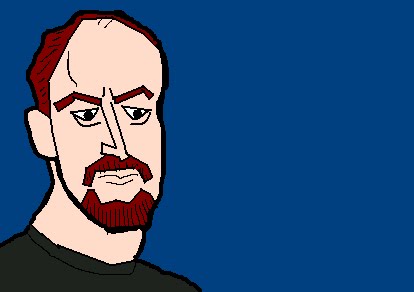 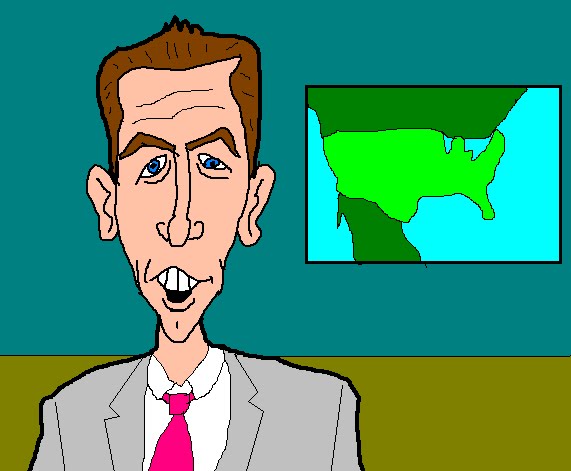 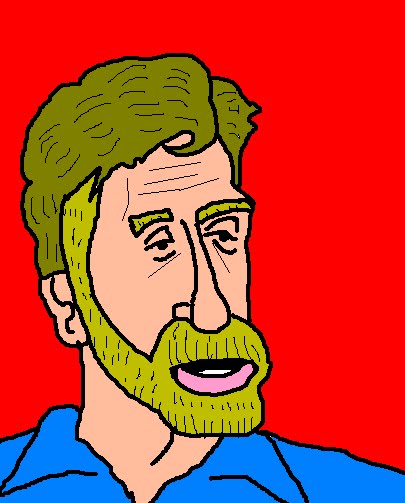 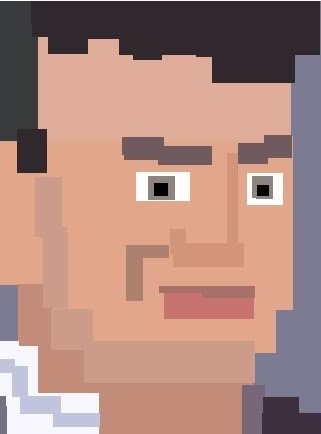 Answers (sort of) in the comments section!

(today's zomby) AND THE FUNNIEST JOKE WILLIAM SHATNER HAS EVER HEARD! 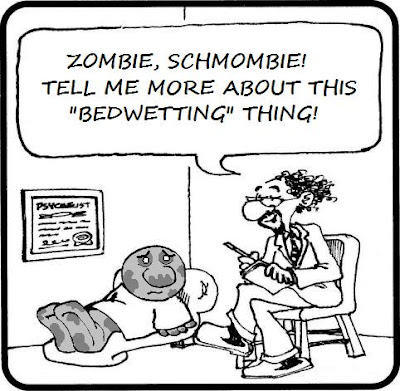 Sorry I've been neglecting you lately. What can I say? It's been a busy week -- a busy, exhausting, soul-draining week. Anyway, as advertised, here is yukmeister William Shatner in the obscure 1984 TV show Funniest Joke I Ever Heard:

How do I love this clip? Let me count the ways.


For the record, "Hialeah" refers to Florida's Hialeah Park Race Track, which apparently used to be quite a famed horse racing venue. Wikipedia says it's defunct or at least semi-defunct and might be turned into a ballpark for the Florida Marlins. The park's official website sees things a little differently.

Either way, now you know what William Shatner's favorite joke is.

(today's zomby) AND THE IMPORTANCE OF LEARNING FOREIGN LANGUAGES! 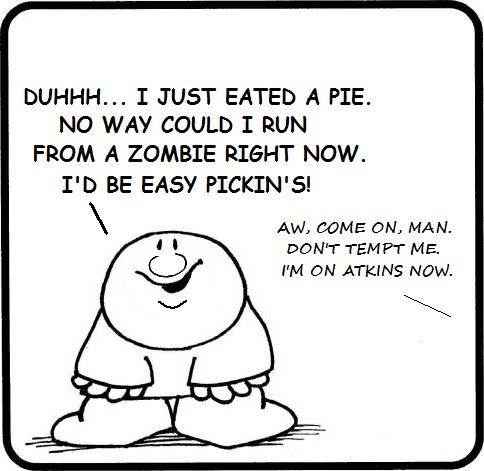 Hey, Zom! Instead of feeding your face, why not feed your head... with smartness? Here's a brief(ish) clip from the 1969 film The Wonderful Land of Oz, explaining the importance of being bilingual. Study this clip carefully, and you will also learn about things like acting, set decoration, costume design, and how to direct a movie that people other than immediate family members are going to see. Enjoy!

Posted by Unknown at 3:57:00 PM
Email ThisBlogThis!Share to TwitterShare to FacebookShare to Pinterest
Labels: cartoons, comics, The Wizard of Oz, zombies, Zomby

(today's zomby) ZOMBY RETURNS IN BOTH COLOR AND BLACK-AND-WHITE!

Hoo-boy, folks. I know it's been a while since I've posted anything new to the blog, especially new Zomby!!! cartoons. But here are two new ones to make it up to you: 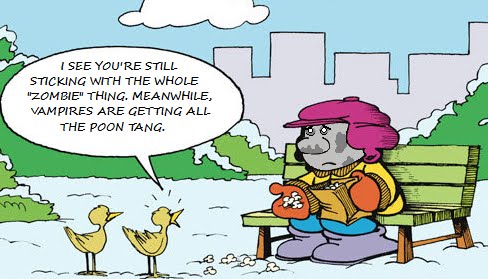 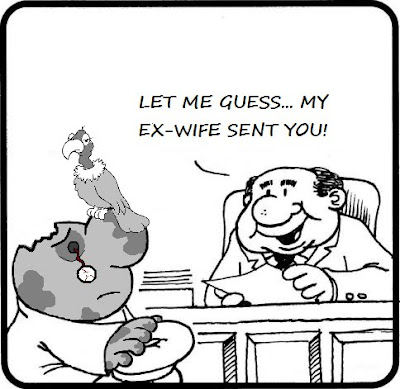 As it turns out, pills are not candy.

Thanks to the good folks at the Long Island Regional Poison Control Center, here's a fun little PSA from 1983 featuring a vocal quartet comprised of singing pills. I wonder if this is what went on in Judy Garland's head all the time.

And in case some of those lyrics sound awfully familiar even though you didn't grow up in or near Long Island during the 1980s: 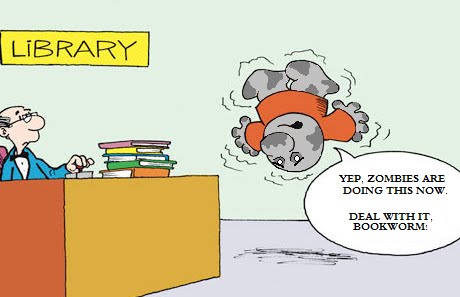 And speaking of paradigm-shifting, mind-altering experiences, I now present without comment this clip from TLC's Toddlers & Tiaras:

Okay, maybe one comment. The L in TLC stands for Learning. What have you learned from this clip? (I, for one, learned the term "pageant crack.")


Language is a mysterious thing, pilgrims. If you doubt this, consider the fact that many terrible diseases and illnesses actually have quite beautiful names. Here are some of my favorites. I know it may seem silly, but please read these names aloud and concentrate on  how they sound rather than what they mean.
And perhaps most beautiful of all...

It's a pity these lovely words are attached to such unpleasant conditions. If you are skeptical, I will leave you with this anecdote from Richard Lederer's book, Crazy English:


Clearly the impact that words have upon us is baffling. Sound and meaning work their dual magic upon us in ways that ear and mind alone cannot always analyze. Consider, for example, the foreign couple who decided to name their first daughter with the most beautiful English word they had ever heard.
They named the child Diarrhea.

Hollywood's Greatest Monsters... And Their Crummy Personal Websites : An Expose!


Remember that Internet gold rush of the 1990s, when everybody was scrambling to buy up any potentially lucrative URLs just as quickly as possible? Yeah, well, that's over. Know how I know? Because horror's three greatest names -- Dracula, Frankenstein and the Wolf Man -- have utterly failed to become desirable Internet addresses. Go ahead and add a .com to any of their hallowed names, and you know what you get? A whole lotta nothing, that's what!


Yes, dear readers, that uninspiring screenshot shows you what you get when you type dracula.com into your browser's address bar. It's one of those lousy generic placeholder pages. Apparently, the domain name is for sale. At least there are links to "Real Vampire Photos" and "Dracula Games," but there's also a shameful link to "Bratz Girls Games." How embarrassing, Dracula, for a nobleman such as yourself to be dragged down to the level of the slutty-looking proletariat!


What you get here is something called Castle Pink Frankenstein, apparently a "web production company." (That exists? That's a thing?) Their awkwardly-worded sales spiel reads like this:


"CPF Web Production has worked with individual artists, small business, non-profits and politicians. Our main goal is to empower it’s clients with a web presence that works for them and to make it easy and affordable to keep the site updated. We deal with customized and integrated Word Press blogs, databases, social networking integration, Content Management Systems, iWeb customization (manage your own site once we build it for you!), eCommerce and of course standard plain old web pages."


"This website reflects my Love of Macaws, Wolves, and Dogs." The fact that wolves get second billing in that sentence is a clear, early indication that this site maybe isn't going to be a tribute to Universal's Wolf Man, as played by Lon Chaney, Jr. (In case you're wondering, adding "the" to the name doesn't help. Thewolfman.com is just another domain-for-sale placeholder page, lamer even than Dracula's.) Wolfman.com turns out to be the personal page of someone named Jim Morris. The site's contents seem to consist of pictures of Morris' pets and brief articles about those same pets. So he's a "wolf man" in the sense that he's a man who likes wolves. Just like how so-called "cat people" are not really human-feline hybrids.

So these sites fail to make the grade, horror wise. What if you're opposed to monsters and want to call in the professionals? Your first move might be to type ghostbusters.com into your browser. So what do you get when you do that?


It's a very fancy, rather thoughtful promotional site for the Ghostbusters franchise. Once you get past the loading screen (above), you're taken to a city street with lots of clickable buildings. Yes, the theme song starts playing after a while. And, yes, the Ecto-1 zooms by occasionally. Slimer and Marshmallow Man put in their expected appearances. Apparently, the first film had a theatrical re-release in October 2011. Did you know about that? I didn't. Anyway, the site's most interesting detail might be something written in small type at the bottom of the screen...


Can you read it? It says "Employment Opportunities." An employment opportunity? With the freakin' Ghostbusters? Ye gods! But hold on, Tex. You might think you're going to be the next Winston Zeddemore, but the link just takes you to the Sony Pictures Entertainment Career Connection, where you'll find such unappetizing employment opportunities as "Client Production Services Manager." So, no, you won't be bustin' any ghosts 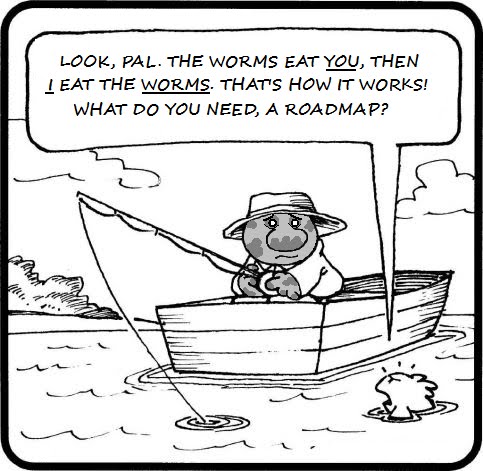 Some people maintain that the song "Pictures of Lily" by British beat combo The Who is about the 19th century actress Lillie Langtry. I say no for two reasons: (1) The spelling of the name is different, and more importantly (2) Lillie Langtry, despite her fabled beauty, was not particularly photogenic, as evidenced by the following:


So if it's not about Lillie Langtry, then just who did inspire this wonderful song? I think the answer is obvious: Lily Munster. So now as a public service, I give you both the song and a gallery showcasing the many moods of Lily Munster. Please do enjoy.

Posted by Unknown at 11:02:00 AM
Email ThisBlogThis!Share to TwitterShare to FacebookShare to Pinterest
Labels: cartoons, comics, Lily Munster, Pictures of Lily, The Munsters, The Who, zombies, Zomby

The Los Angeles Way of Death!

Incidentally, this very cartoon -- this self-same one you've just read -- led to the creation of The Simpsons. Producer James L. Brooks happened to see this cartoon and got in contact with its creator, Matt Groening, about producing some interstitial animation for The Tracey Ullman Show. Groening took him up on the offer, of course, and the result was The Simpsons, which spent a couple of seasons as a feature on Ullman before getting its own spinoff series in 1989. 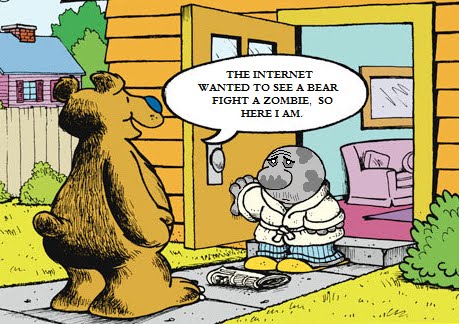 ...and as we all know, the Internet gets absolutely everything it wants. Why else would TRON get a sequel nearly 30 years later? The 'net demanded it, so it happened.

Anyway, readers, how the hell are ya? I hope you're enjoying the new year. For Zomby, things may have already hit a snag in 2012... 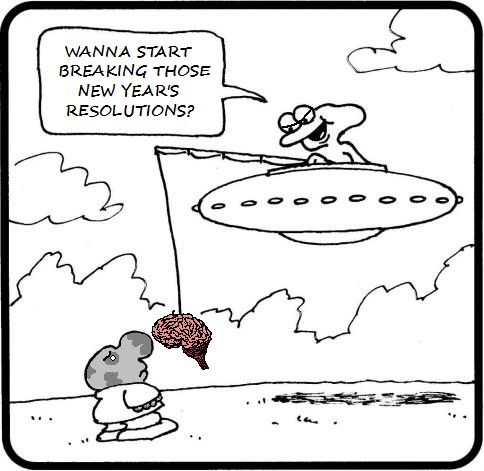