Married Too Young (1962) has long been one of the more neglected titles in Ed Wood's filmography, especially among his early, pre-porn movies. And, to be fair, it's not difficult to see why. Wood didn't actually direct the film, for example. That duty was performed by Ukrainian journeyman George Moskov. Ed doesn't receive screen credit for coauthoring the script either. Nathaniel  Tanchuck is the film's only official screenwriter, as confirmed by his daughter Heather. Some Wood fans may doubt that their hapless hero had anything to do with this production, even though Married Too Young is duly covered in Rob Craig's Ed Wood, Mad Genius (2009) and Andrew Rausch and Charles Pratt's The Cinematic Misadventures of Ed Wood (2015).

Back in 2014, I gave the film an exhaustive 4,800-word review, calling it "lugubrious" and "sluggish." I guess I wasn't much of a fan at the time. Maybe I was just disgruntled about overpaying for a grainy bootleg from The Video Beat. I already did a rundown of the film's plot and characters in that article, so if you have never seen Married Too Young, I suggest you start there instead of here.

Filmmaker Fred Olen Ray, who attempted to work with Ed Wood very late in the doomed director's life, obviously wants to bring new attention to Married Too Young and elevate this overlooked film to its rightful place in the Wood canon, alongside Plan 9 and Glen or Glenda. His company, Retromedia, has just issued a splashy new DVD release of Married Too Young, paired with The Violent Years on a disc called The Forgotten Ed Wood. In addition to a "23.98 progressive scan" of a widescreen 35mm print of the film, it also contains: trailers for both Married Too Young and The Sinister Urge; a complete copy of The Violent Years; and a pair of extremely brief but informative featurettes, "A Tale of Two Endings" and "Ed Wood and Married Too Young." (I'm guessing Ray himself narrates the former.)

This is a disc long in the making. Fred Olen Ray has been promising a Retromedia edition of Married Too Young since at least 2014, and there were supposedly plans for an official release of this film back in the 1990s, in the wake of Tim Burton's Ed Wood. But now, it's easily available on Amazon for a mere $9.66. If you're an Ed Wood fan with $10 burning a hole in your pocket, you could do worse.

Let's talk about those special features first. "Ed Wood and Married Too Young" lasts 30 seconds and consists of a letter dated August 25, 1994 from Dale Gasteiger of Headliner Entertainment Group to Greg Luce of Sinister Cinema. Gasteiger says that he and Roy Reid bought Ed Wood in "to finish writing [Married Too Young] for us." He contends that Wood's "contribution probably amounted to roughly 25% of the finished script." In their book, Rausch and Pratt quote Fred Olen Ray as saying he has even more documentation of Wood's authorship.


As for "A Tale of Two Endings," it's even more interesting. Previous to this, I had no idea there were alternate endings for Married Too Young. The narrator of the featurette explains:


"In the original 35mm cut negative of the movie, Tommy and his girlfriend go over the cliff in a stock shot. As you can see, the car turns over and shows its underside and then explodes. And it goes directly to the courtroom scene, where I'm sure everyone was amazed to find out that Tommy only hurt his arm and his girlfriend didn't get a scratch. Maybe because of TV or some complaints, later, another sequence was put in with a different stock shot.

This time, the car does not flip over. It goes straight down, and it fades out before you can see it, and it's followed by a series of newspapers coming off of the presses explaining that somehow or another Tommy and actress Jana Lund somehow miraculously weren't killed in this crash. I'm not exactly sure why they did this, but I suspect it may have been for a television sale where they thought that perhaps there was no way that those kids could've lived through that and that people watching the movie would be upset and then incredibly surprised."

In terms of picture quality, this DVD is a major improvement from the previous edition. To illustrate that, I'll give you a few selected images from the Retromedia disc, and I'll intersperse those with corresponding screen grabs from the previous Video Beat version that I purchased in 2014.

Here's a moment from the opening race, for instance. In the new DVD, you lose a little visual information at the top and bottom of the screen, like the ankles of the actors in the front row, but you gain some ground on the left and right sides. And details are much clearer now, too. Note, for instance, the girl in the plaid dress at the left side of the frame. Can you even tell her outfit is plaid in the second picture? The facial expressions of the spectators are distinct in the Retromedia version but not in the Video Beat version. 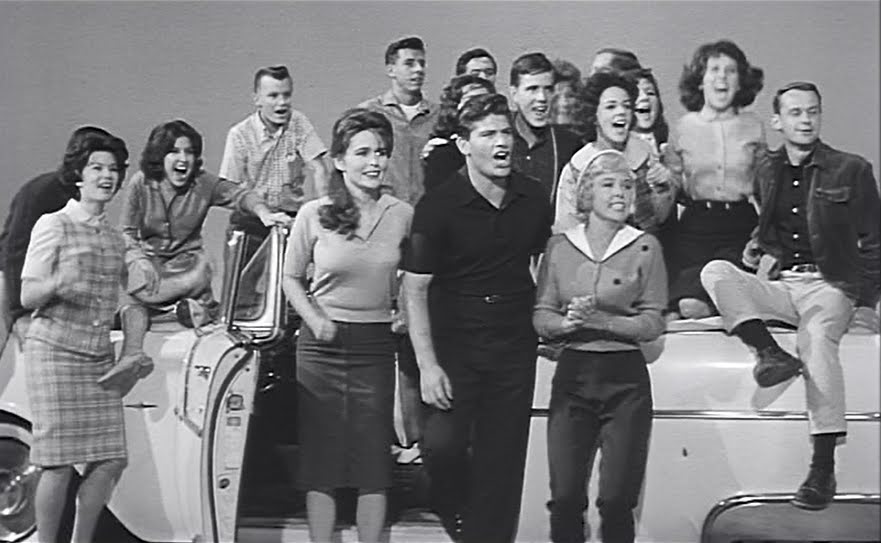 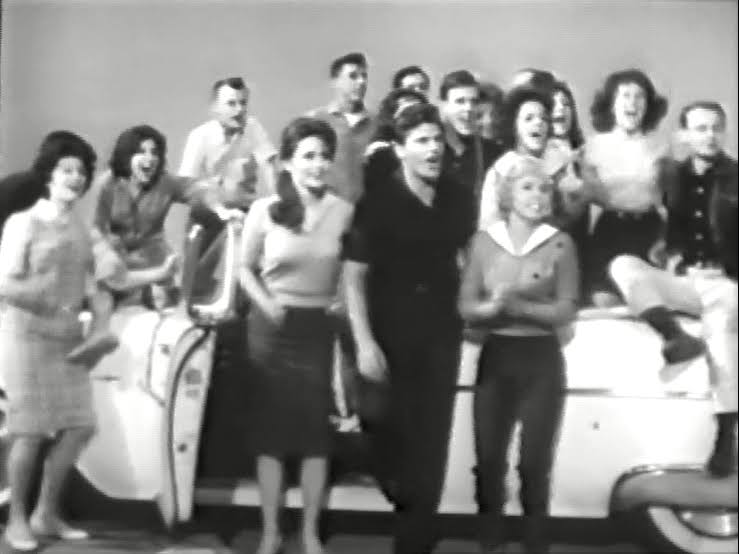 Here are the main characters, Tommy and Helen, on a date. This gives you an idea of what the film's night scenes are like. Notice the fanciful details on Helen's sweater. You can even make out Harold Lloyd, Jr.'s individual front teeth. 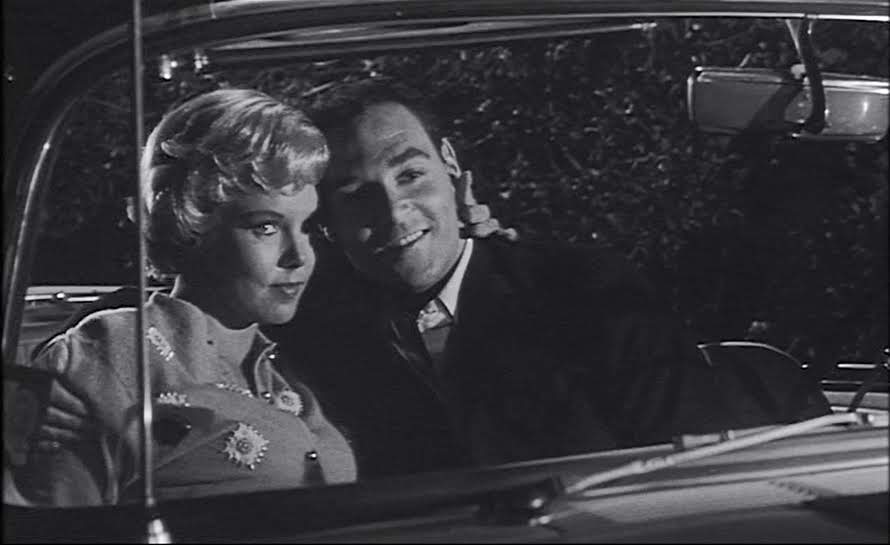 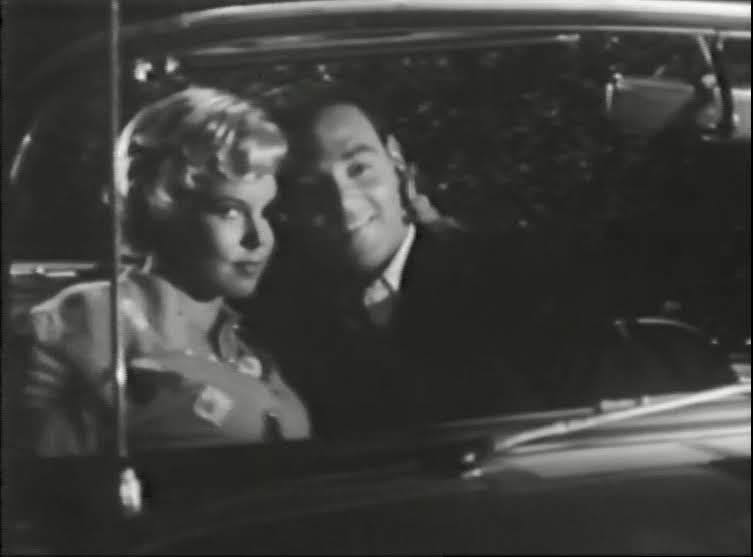 For contrast, here's an indoor scene involving Helen and her parents. The Retromedia version offers far greater detail: the clock, the father's jacket, the purse, etc. You can see there is extra visual information on the left and right sides of the screen as well. Check out the banister behind the father for an example. But the grainy Video Beat version has some extra headroom and legroom. Look at the gap between the purse and the bottom of the frame. 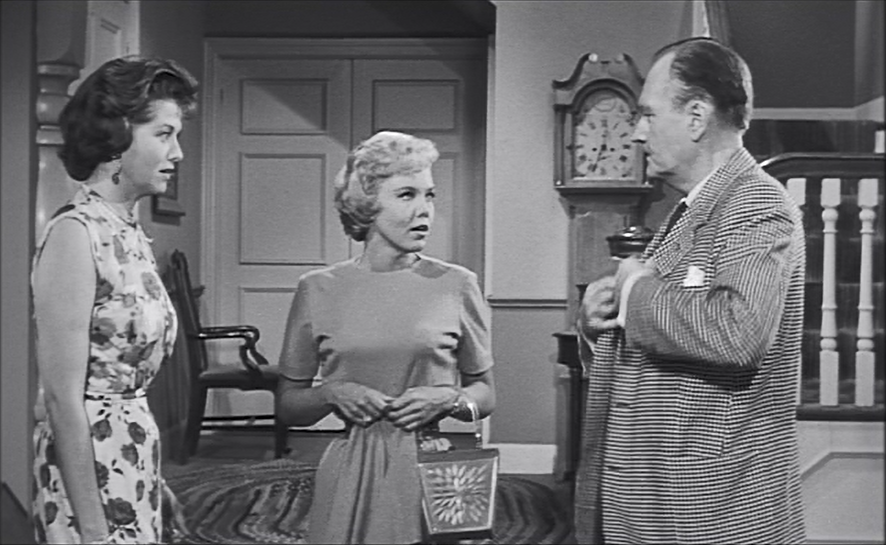 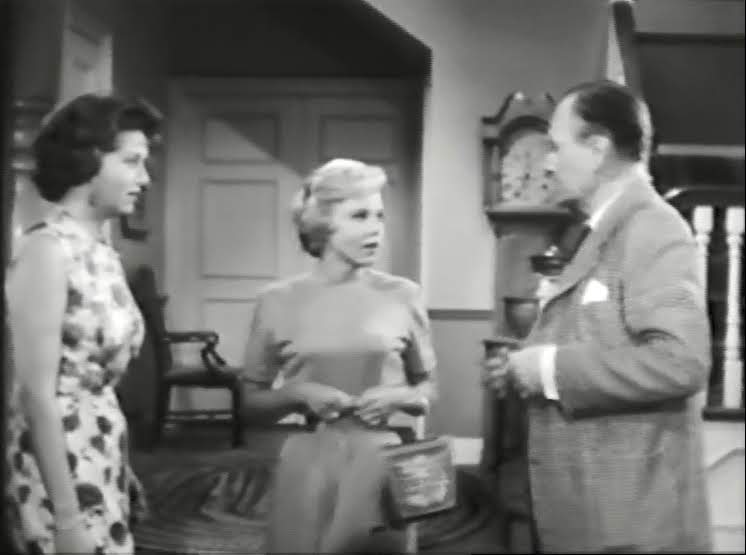 Finally, I'd like to show a moment from the dream sequence, since this is the part of the movie that so impressed author Rob Craig and is the most blatantly Wood-ian in tone. With its layering of images, this might be the scene that benefits the most from a crisp transfer. 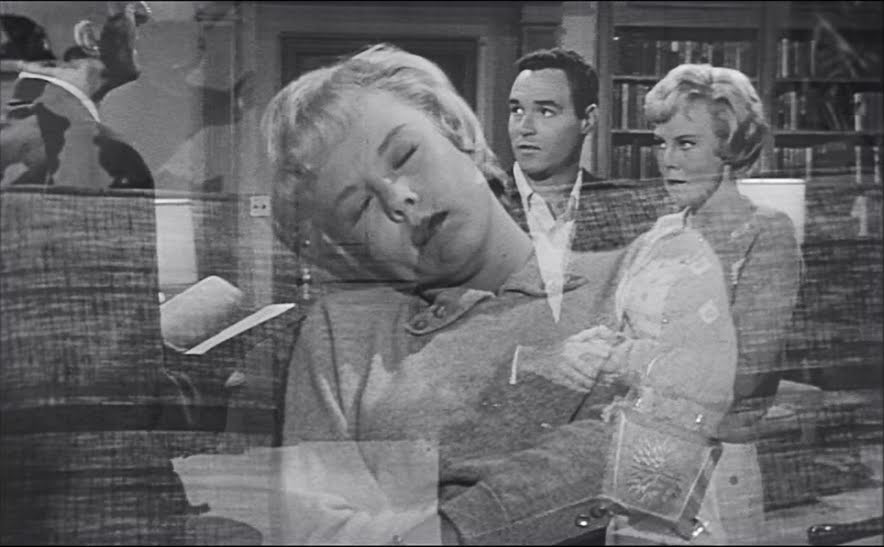 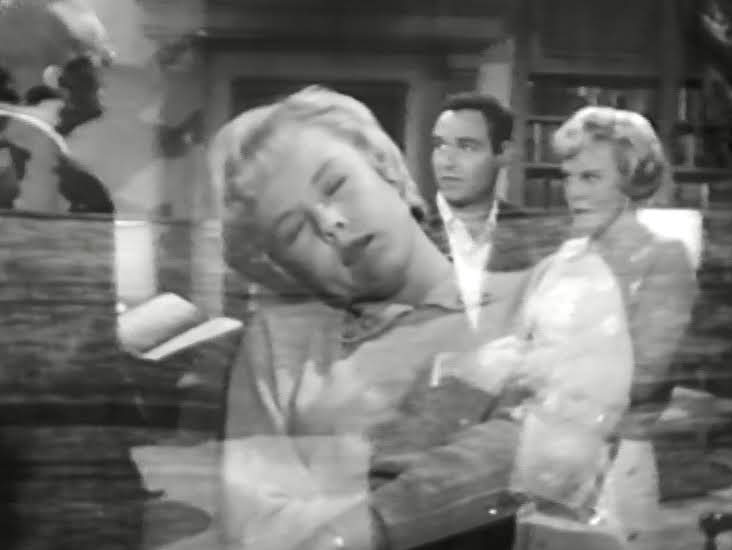 There is at least one more significant difference between these two versions. In the Video Beat DVD, the opening credits declare that the film was "produced by Headliner Productions." That's it. No human producer is listed, just the company. In the Retromedia DVD, the credits say that Married Too Young was "produced by Nathaniel Tanchuck." Both versions credit Nat Tanchuck with the story and screenplay. So, while my bootleg copy of the film has largely been supplanted by this new disc, the Video Beat edition is not exactly obsolete.

It remains to be seen whether Retrovision's Forgotten Ed Wood disc will revive interest in Married Too Young. I certainly haven't seen much publicity for this release yet. I only found it by accident while searching for other Ed Wood releases on Amazon. The cleaner, sharper transfer certainly makes the movie more enjoyable to watch, and the letter from Headliner Entertainment should satisfy those who have questioned the film's authenticity.