Sure, let's do a comics roundup! What's the worst that could happen?


As another summer fades into autumn, blah blah blah... here are some comics. Is it mostly Mary Worth again? Yeah, probably.

But let's start with Family Circus. I did a couple parodies of the same panel. I've honestly forgotten what the original punchline was. Something dumb, I'll bet. 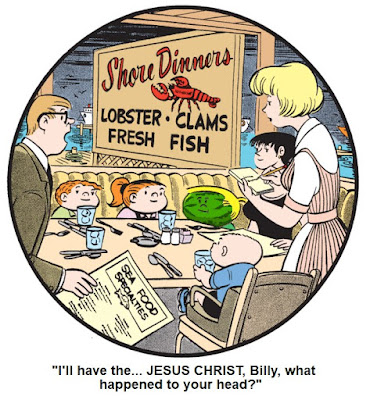 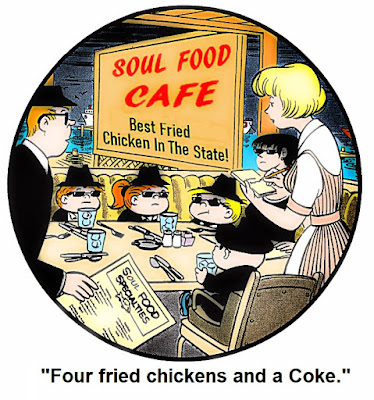 Moving on. I got a little existential with this Hi & Lois takeoff. Sorry about that. 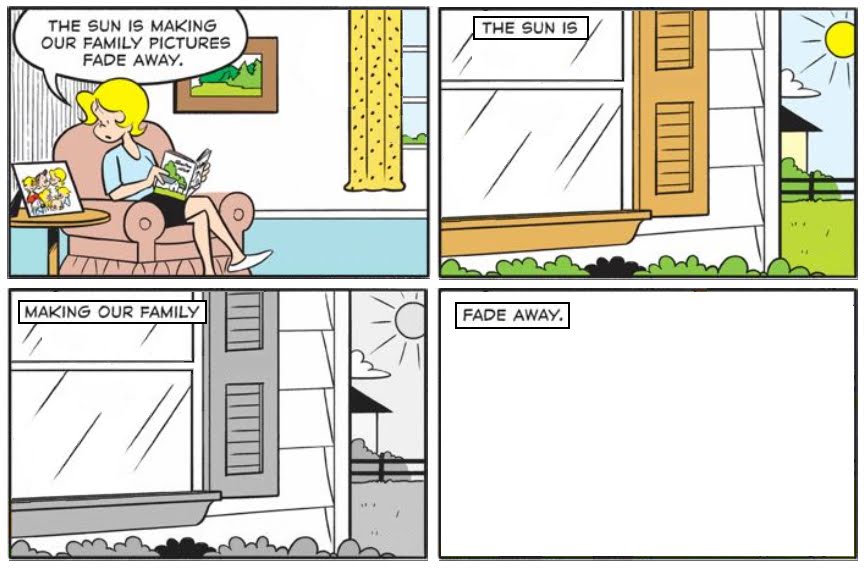 And the madness continues in The Lockhorns. Maybe there's never been a Leroy. 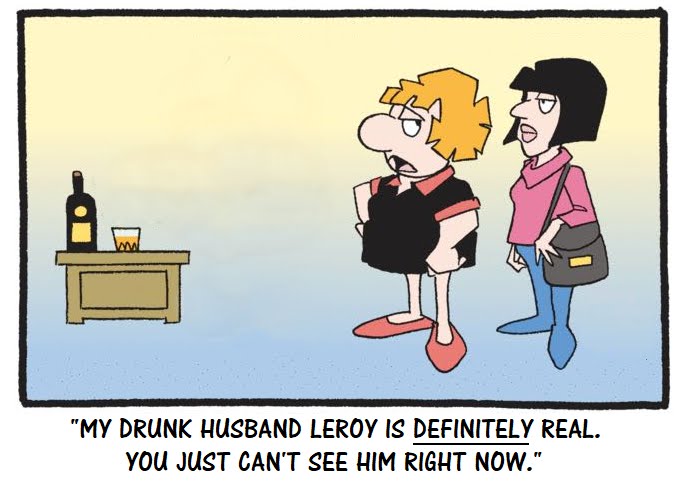 Mark Trail was recently the home of the most subtle comics crossover in history. Can you spot it?

And Mark's marriage continued to fall apart. What else is new? 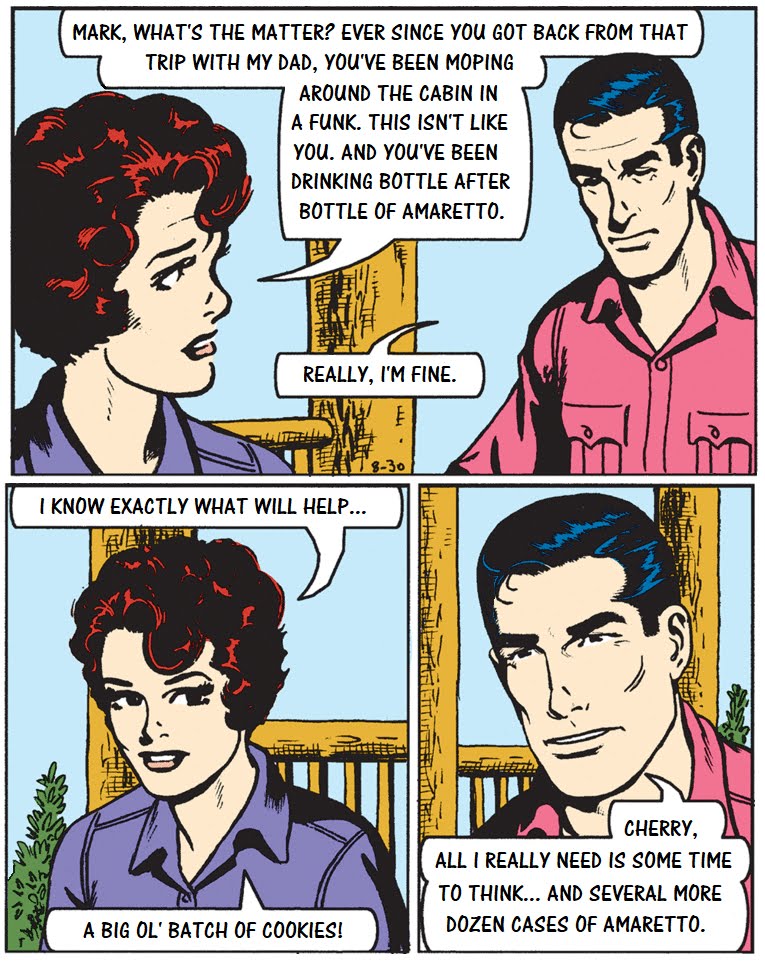 Pluggers keeps plugging... itself into the zeitgeist, that is! 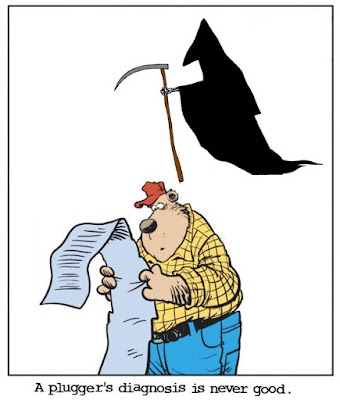 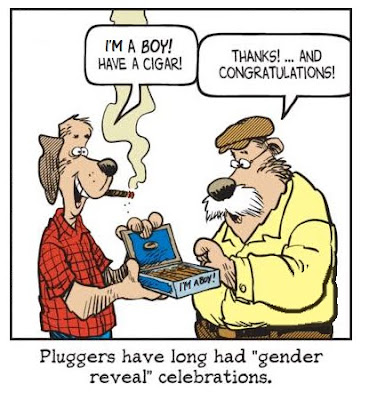 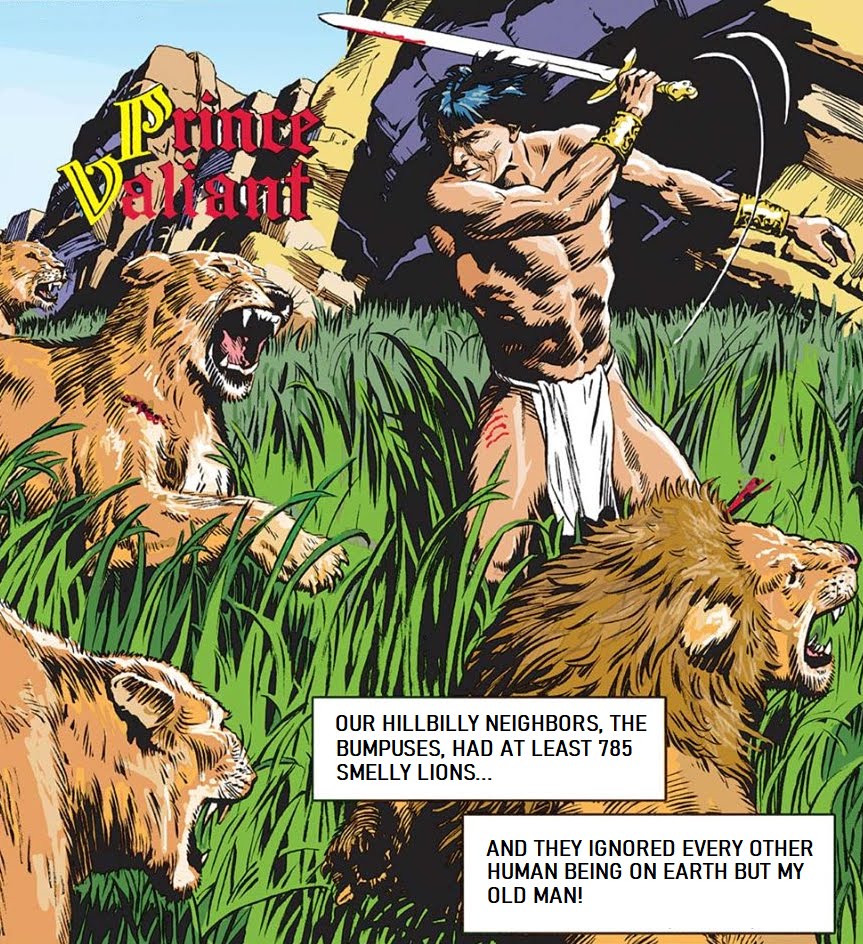 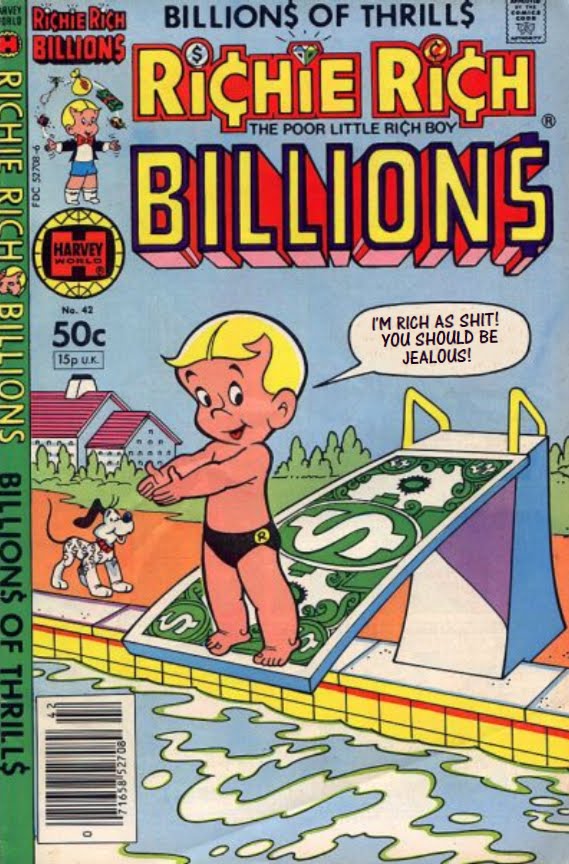 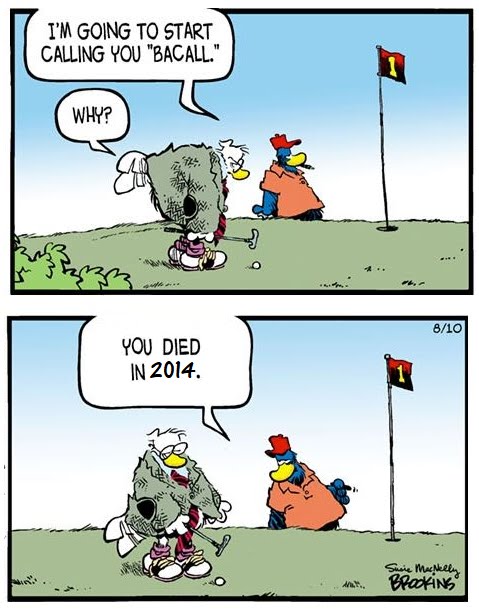 And then along comes Mary! Mary Worth, that is. What's been happening in Santa Royale lately? Well, for the last few weeks months eons, the story has centered around Dawn, the forlorn daughter of town loser Wilbur. If you'll remember, she took up with a snooty Frenchman named Hugo, who literally came to this country to watch paint dry. Anyway, Hugo and Dawn took a trip to the local fish prison. Things got romantic. 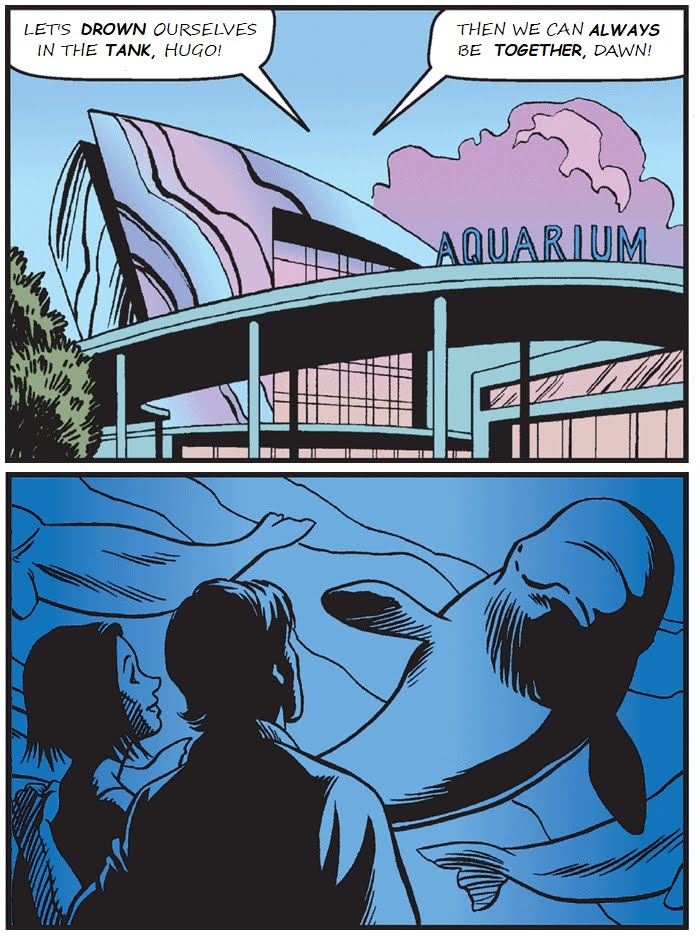 Hugo and Dawn later took a dip in the ocean. But all was not well. 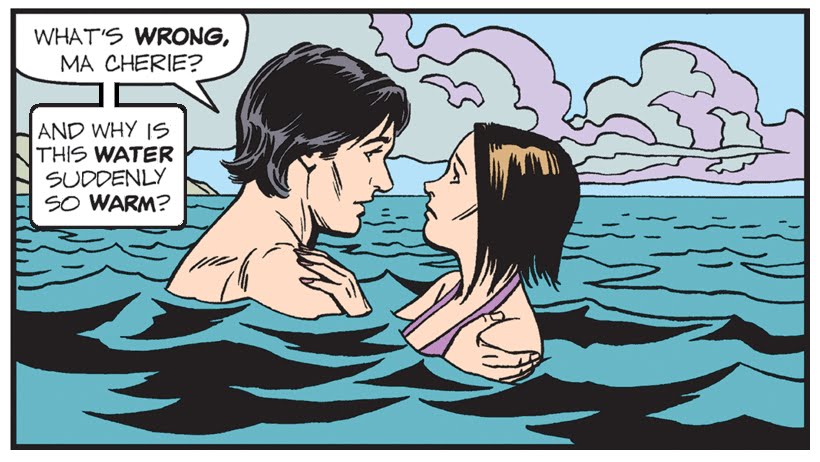 Around this time, I started calling Hugo "the French dip," which led to this. 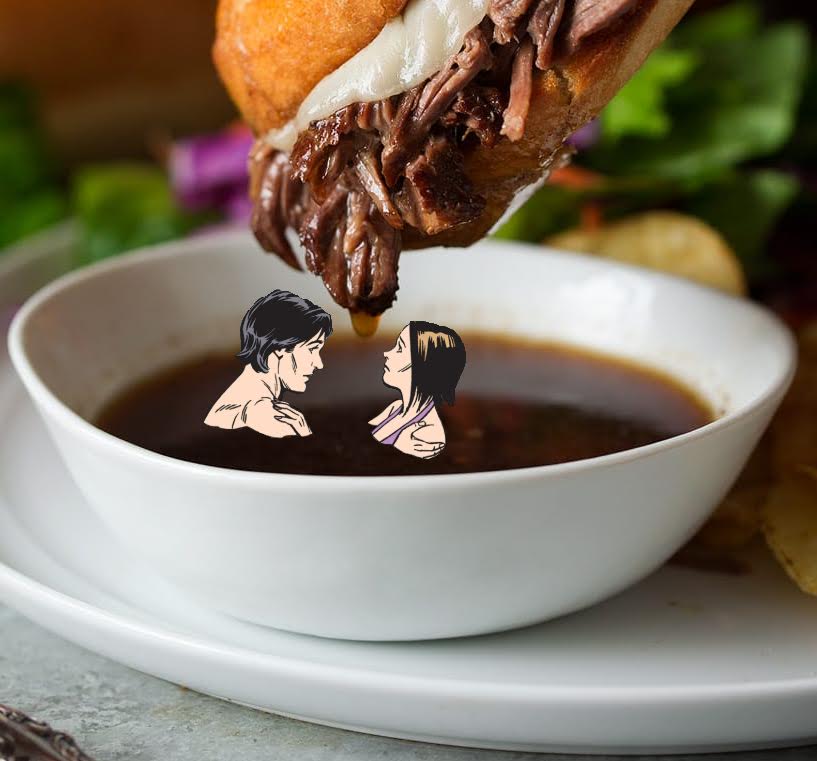 Hugo is a man of specific tastes. 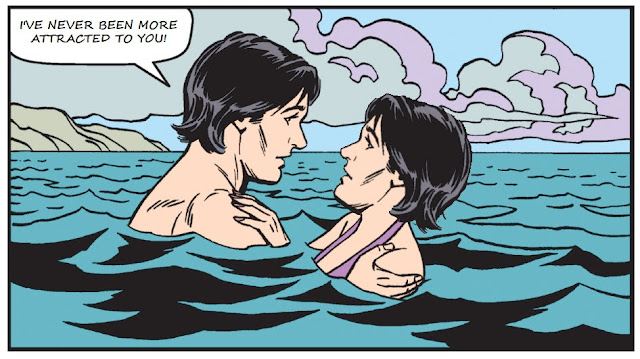 But he may not be l'outil le plus tranchant dans le hangar. 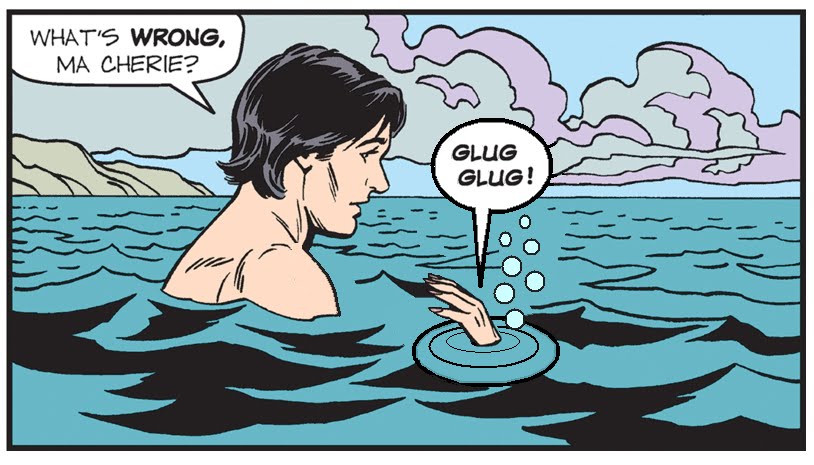 Dawn never wanted the magic to end. Who says it has to? 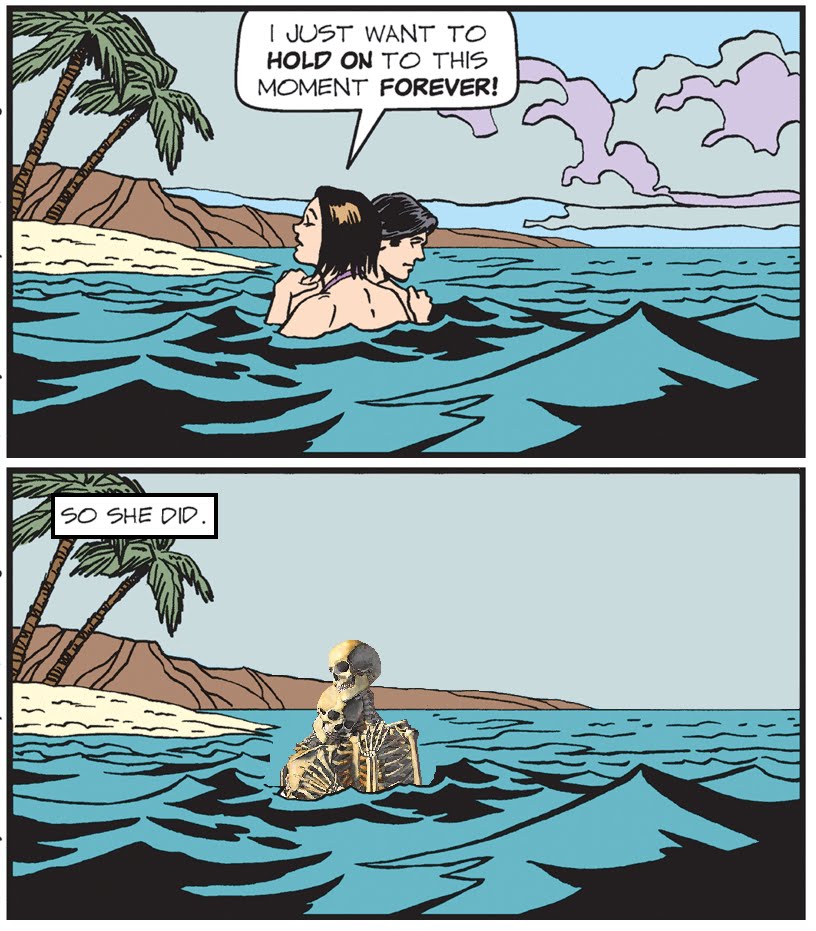 Remember what I said about paint drying? 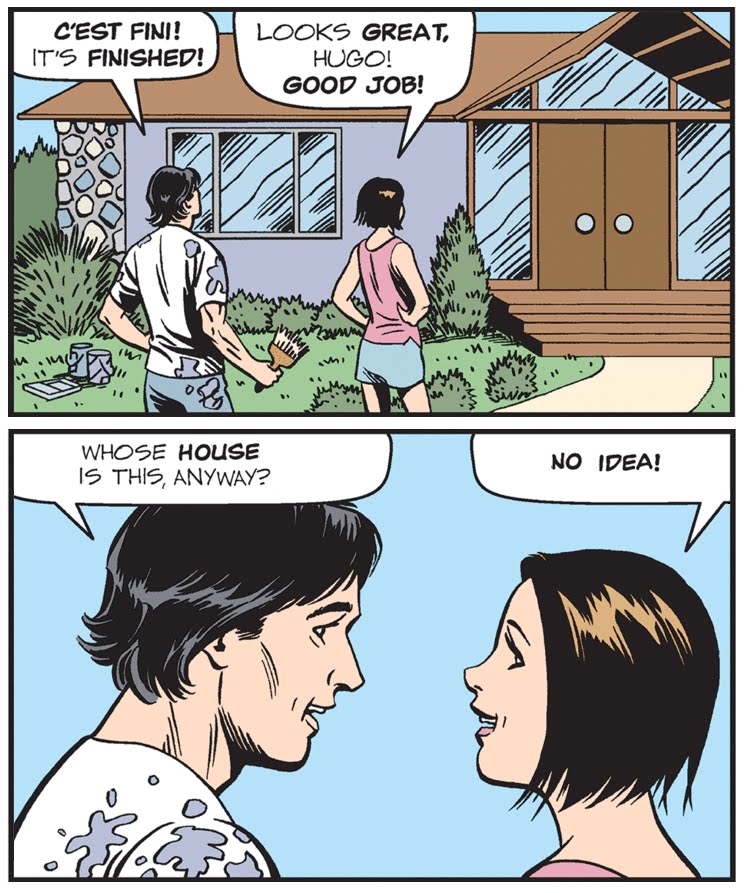 Did you see Once Upon a Time in Hollywood? Yeah, me, too. 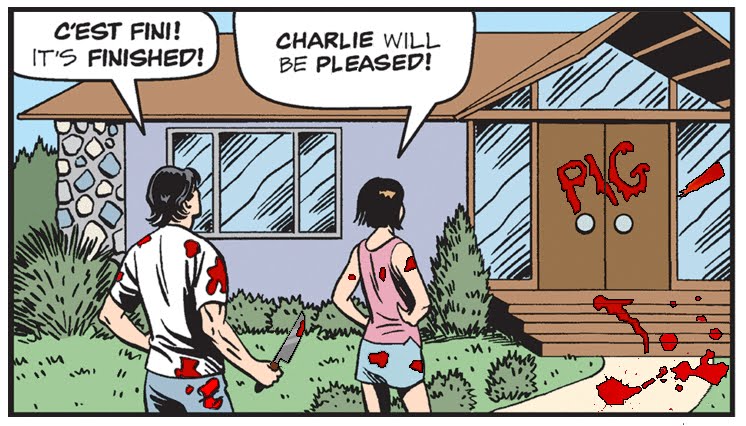 Have I mentioned that Hugo is French? (And I realize this is the first time I'm giving him the stereotypical accent. I do not apologize.) 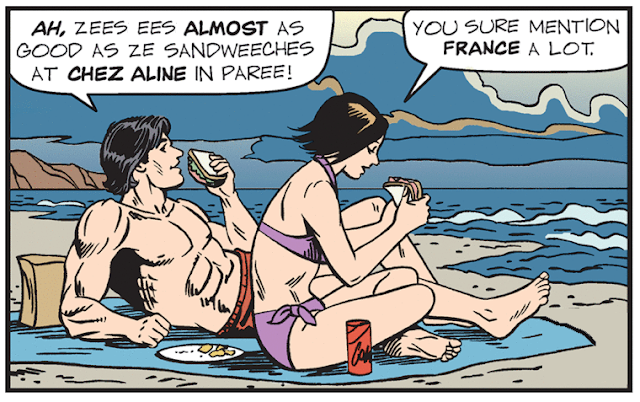 And here's a version where things get extra French! 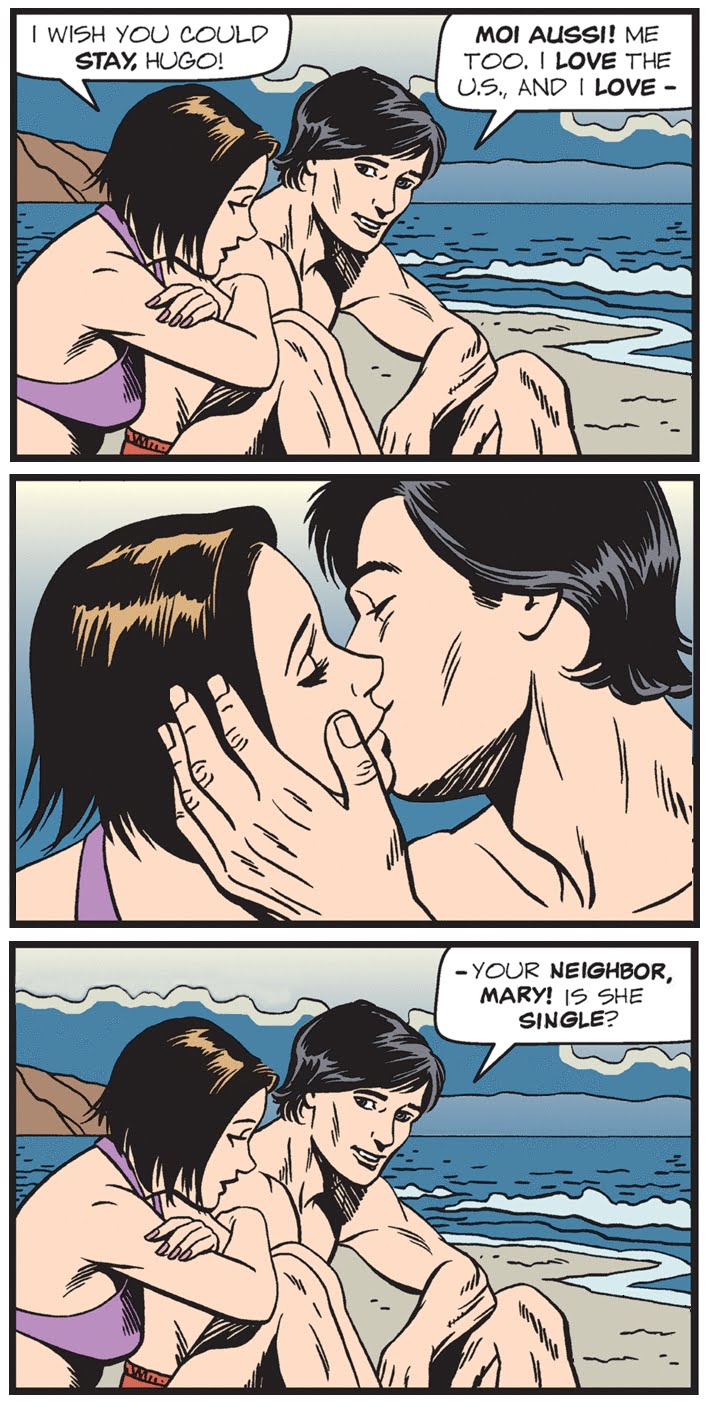 Eventually, it became clear that Hugo would have to return from whence he came. 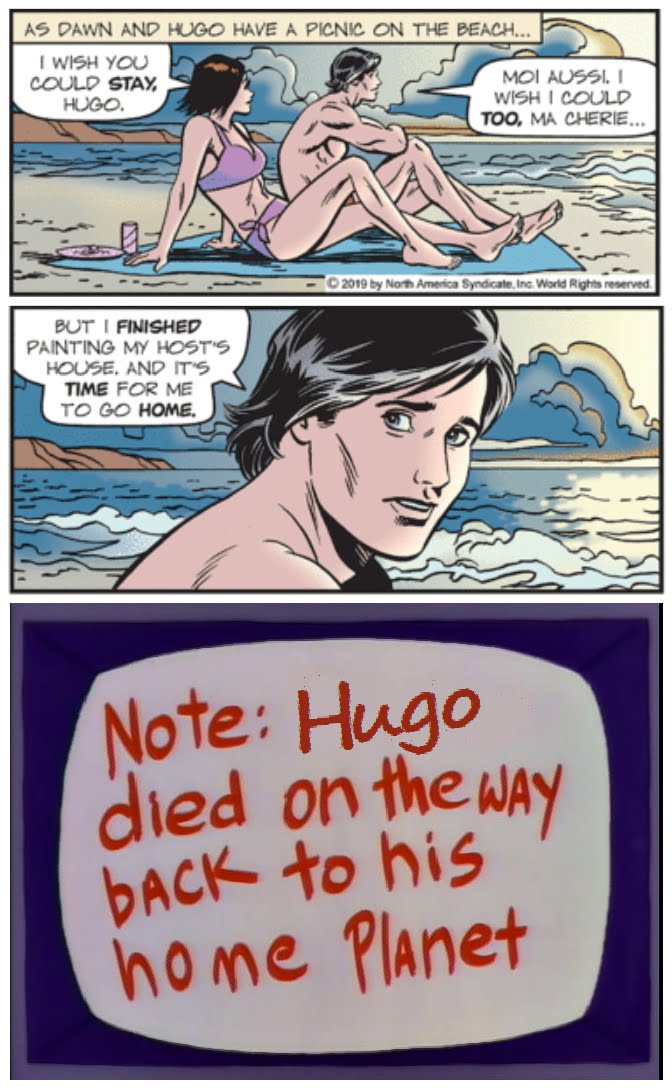 He did leave Dawn with a memento, though.

And that's where we are now. Hugo's on his way back to France, but Dawn seems poised to begin a new relationship with a stranger she met at the airport. 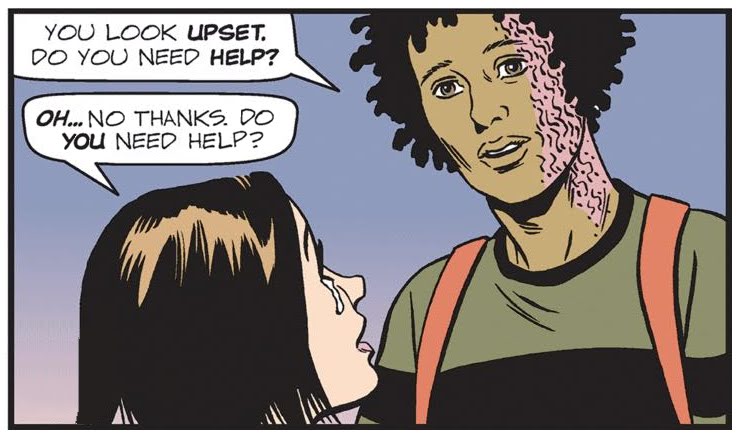 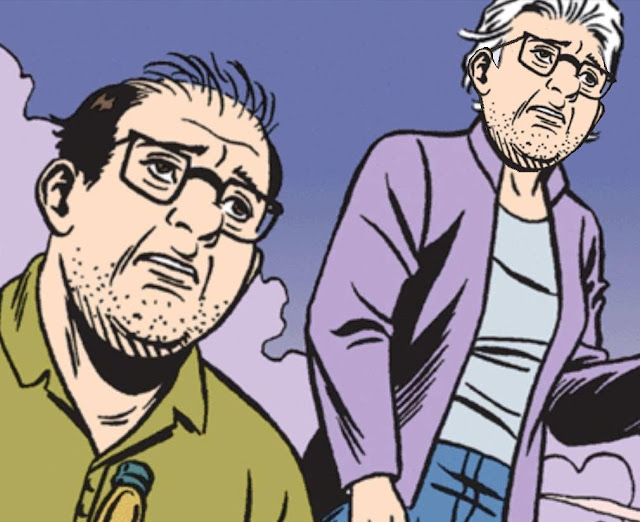