Podcast Tuesday: "The Curse of Fonzenstein"

I've loved classic horror movies for as long as I can remember. I've since come to appreciate all kinds of horror films, including the gory modern ones, but as a kid, I was all about mad scientists, shambling monsters, and creepy castles. One of the formative experiences of my youth was watching the classic Universal Frankenstein on television. I remember just being blown away by the entire look of that movie; it was like being able to watch one of my own dreams right there on the screen.
Back then, before the dawn of streaming services, the internet, or even video rental stores, it was not always easy to find the B&W Universal classics. You just had to wait for some local TV station to air them. In the meantime, I got my monster fix wherever I could, including cartoons like Hanna Barbera's Drak Pack and Scooby Doo. I also faithfully collected the Remco Mini Monsters action figures. (Boy, I wish I'd held onto them!) We didn't have a weekly horror host, but there were occasional specials featuring Detroit's own Count Scary. One way or another, I got by.
Nowadays, I can (and do) get my horror fix whenever I desire. This week, for instance, I have the special privilege of reviewing the 1981 Happy Days episode "Welcome to My Nightmare," featuring comedian Dick Gautier as the villainous Dr. Ludlow, a kind of Dracula/Frankenstein hybrid who wants to clone Fonzie (Henry Winkler). What is such a character doing on Happy Days in the first place? Well, it's all part of a fever dream Fonzie is having while laid up with the flu. I'm sure this episode was intended for Halloween, but the late start of the 1980-81 TV season made that impossible. So it aired in February instead.
Does "Welcome to My Nightmare" live up to the legacy of the great Universal horror films? You can find out by listening to the latest installment of These Days Are Ours: A Happy Days Podcast.
Posted by Joe Blevins at 6:53:00 AM
Email ThisBlogThis!Share to TwitterShare to FacebookShare to Pinterest
Labels: Happy Days, podcasting, television, These Days Are Ours, TV
Newer Post Older Post Home

Did Criswell accidentally record the greatest album of all time? I n 1970, Criswell released an album that I have probably listened to as mu... 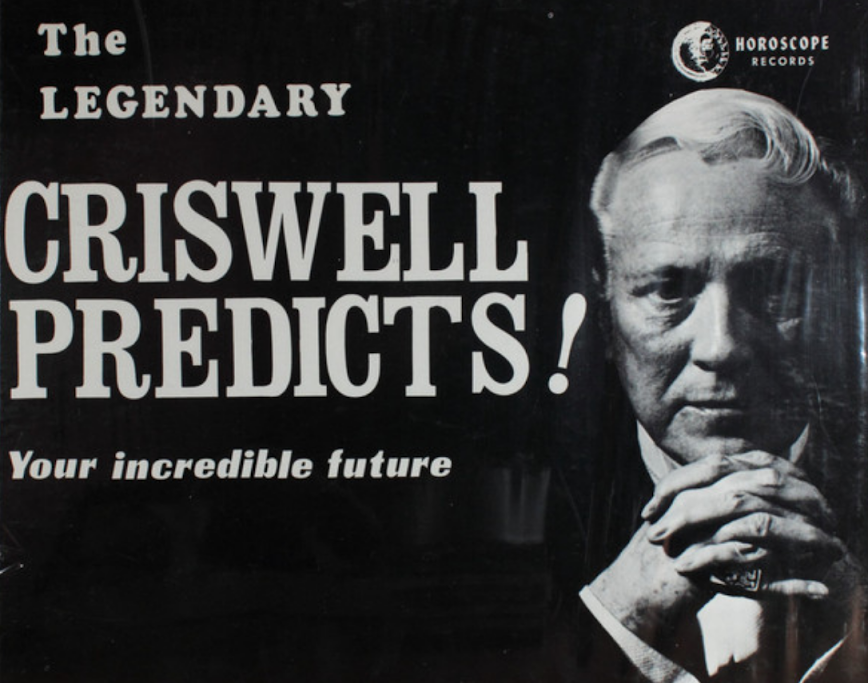