Of death and baseball... 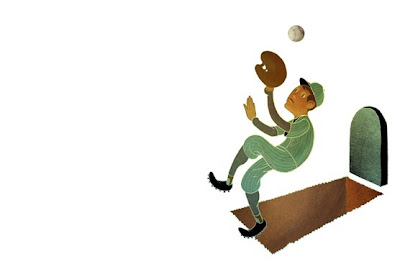 "Death is a part of baseball."
"Oh, yeah, it's the main part."
-Two executives on The Simpsons


Today was Opening Day for the Chicago Cubs. (They lost.) But being a living impaired American, I could not help but meditate upon the connection between death and baseball. Here is a song by the late great singer-songwriter Steve Goodman which sums it all up:

Goodman's song is funny and sad and true at the same time, and it will probably not surprise you to learn that the man himself was terminally ill and near the end when this was filmed more than a quarter-century ago. I think the fact that the Cubs lost today only makes it more poignant.

Yes, Steve, they still play the blues in Chicago. And probably always will. RIP.