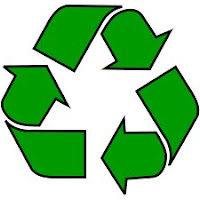 NOTE: In a 1978 interview, filmmaker Fred Olen Ray asked Edward D. Wood, Jr. if he had repeated any shots of Bela Lugosi in Plan 9 from Outer Space (1959). Eddie proudly answered, "I have never duplicated a scene!" Never, Eddie? That's quite a claim. Unlike Ed Wood, I'm not above copping to a little recycling. Today, for instance, I'm reusing the introduction from an article I did back in October about a silent, subtitled 8mm loop called "Super Stud" (1973), the first entry in the Pussycat Films series. The intro happens to fit the film I'm discussing this week. I've merely changed the loop title and volume number. - G.D.


This week, we continue to explore the pornographic loops on which Edward D. Wood, Jr. worked during the 1970s. "Pop My Load" is a quintessential specimen of the genre. Carrying a 1973 Cinema Classics, Inc. copyright, this silent 8mm short was the fourth entry in the Pussycat Films series, a West Coast franchise produced by Noel Bloom. (This is not to be confused with the Danish-produced Pussycat series, begun in 1974 by megalithic producer Color Climax.)

What follows is a complete transcription of "Pop My Load." The film commences with the familiar "Adult Cinema presents" swirling graphic logo, another hint that it was made around the same time as the two series mentioned above.

A woman at a table looks up a number in the phone book and dials a black rotary phone. She connects instantaneously after dialing a mere digit or two!


Jill: HELLO, THIS IS JILL.

Jill: I'LL GET DRESSED AND MEET YOU AT THE APARTMENT.

We cut to a man and woman holding hands and walking away from the camera—a typical dreamlike transition—as they enter an apartment. Jill wastes no time getting down to business as they take a seat on the coach. There is a curtained wall behind them and a thick pink shag carpet. This is a very familiar set at the Santa Monica Blvd. studio of talent agent and cinematographer Hal Guthu.

Guy: I'VE REALLY GOT TO POP MY LOAD.

And here I've been getting the notion of seductive talkplay wrong all these years!


Guy: I'D RATHER SUCK SOMETHING OTHER THAN YOUR FINGERS.

They start to undress each other, and Jill begins performing oral sex on him, merely three minutes into the ten minute loop.

Guy: YOUR HOT LIPS ARE BLOWING MY MIND.

They arise from the couch. Then, in a medium shot, the camera follows them to the left in an unbroken take. Mere feet from the couch is a full bedroom set. This, too, is typical of related loops from this era. Distinct sets are often revealed to be adjacent to each other, sharing the same rear wall. Another example can be found in the pre-subtitled Rick Cassidy loop "Incest," which was either a late entry in the Cinema Classics series or (more likely) an early title in the Dirty Movies series.

Jill: STICK IT IN DEEP.

Jill: YOUR COCK HAS MY CUNT ON FIRE.

If I'd had any doubts about whether Ed Wood wrote these subtitles, that last line just erased them. A veritable signature, "dog fashion" was Eddie's preferred substitute for the common term "doggy style."

This is more of Ed Wood's curious sexual vocabulary. Most people would refer to this position as "cowgirl" or simply "girl on top," but not Jill. This is a personal favorite of mine from the tens of thousands of sublime subtitle lines I've reviewed.


Guy: YOUR HOT CUNT IS DRIVING ME UP THE WALLS.

In other words, among all of the things you could be doing Jill, just do that.

This subtitle is reminiscent of a famous line spoken by the character Shades in the Ed Wood-scripted feature Fugitive Girls: "Oh, good Christ! A lesbian!"

Of course he is, hence the title. What were you expecting, Ingmar Bergman?


As with the entire Pussycat Films series, this is undoubtedly among the earliest subtitled loops. We have not yet arrived at the customary OHHH's and UMMMM's, commonly found in later such films.

For the record, the subtitles in "Pop My Load" comprise a whopping 131 total words spread out across 23 lines. That's a little more robust than average for this larger family of loops. In fact, the words-per-line average of 5.7 is at the very high end of the spectrum for loops of this vintage. As time wore on, these kinds of full sentences devolved into sporadic grunts and groans, and the subtitles accompanying the sex scenes in the latter portion of the loops were less frequent.

Every item of set decoration in "Pop My Load" is one that had appeared in other short pornographic films produced by the Bloom family during this era, specifically the last of their unsubtitled loops and the earliest of the subtitled loops. In total, when we refer to these films, we are talking about dozens of series and hundreds of individual titles.

The edge of a large shelf, for instance, is just visible to the right of the bed. That same shelf appears in "Super Stud," and I'd wager that somewhere in "Pop My Load," one or both of the Chinese Guardian Lions are staring at the couple from offscreen on the shelf while the inscrutable White Skull is characteristically looking away in disgust.

Other recognizable, shared set decorations include the black rotary phone, rugs, bedspreads, curtains, a dresser, nightstands, lamps, a painting (which also appears in "Super Stud"), a large yellow upholstered stool, and this memorable set of sheets.

The sex is unusually vigorous throughout, the couple obviously hot for each other. The performers have yet to be identified, but I've seen the guy in other related loops. And "Jill" turns up on the cover of and in a photo feature in the Pendulum magazine Savage Sex. Specifically, that's issue vol. 4, no. 2, from April/May 1972, which includes texts by Ed Wood. You can read a sex-drenched and booze-saturated stream-of consciousness short story from that issue here.

What does this all mean? I wonder myself sometimes.

What I do know is that Ed wrote the subtitles for "Pop My Load." And the fact that the titular expression also turns up in the subtitles substantiates another of my recent inferences: that Ed Wood also named these loops. Internal evidence suggests he wrote the box covers for them as well. As an illustration, the summary for "Pop My Load" not only accurately details the happenings in the loop but also the subtitles, suggesting this was all the work of a single author.


Alas, the photo on the cover is from a different loop entirely, featuring another pair of performers. But at least they're on the same couch next to the same large yellow upholstered stool and against the same set wall that appears in "Pop My Load." So it's clearly a related film.

Beyond what we have already discussed in this article, we may never know the full extent of Eddie's involvement in this and other loops of the era. And, then again, we just might!

P.S. I have yet to screen the third loop in the Pussycat Films series, "Bet One Pussy," but I will backtrack to it as I continue to transcribe the subtitles and highlight the relevant details of this brief yet catalytic series.