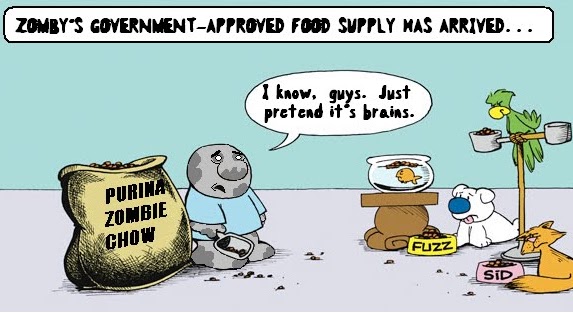 I don't know what it is, but the Sunday ones are like comedy Kryptonite. They just repel laughter. Which reminds me of a story: when I was a kid, I had these little toy Scotty dogs with magnets glued to the bottom. The idea was that the magnets would either repel or attract each other depending which direction they were facing, so you could make the dogs "kiss" or "chase" each other. It was a neat toy.

HOLY CRAP, YOU CAN STILL GET THESE.

P.S. - Here's a "tweaked" version of the cartoon, meaning I was seriously tweaked when I came up with it.

Joe is a freelance writer for hire. He has written for The Onion A.V. Club, Splitsider, Vulture, Weekly Humorist, Unloosen, and Crooked Marquee, plus the books Lebowski 101 and Girl Gangs, Biker Boys, and Real Cool Cats.