Among the circle of fascinating personalities appearing prominently in Ed Wood's first half-dozen films—the work for which he is best and "worst" remembered—Valda Hansen (1932-1993) stands out as a fixture of the group despite making only one relatively brief appearance. As The White Ghost in Night of the Ghouls, moll to the scheming Dr. Acula (Kenne Duncan), she projects a delicate beauty and ethereal presence. That film also featured another key player in the Wood repertory company, Criswell, in one of his most memorable roles. In my research, I've discovered a fascinating old newspaper clipping that involves both Criswell and Ms. Hansen, and I'd like to share it with you this week.

The Long Beach Independent and Independent Press Telegram were Criswell's first homes as a regular newspaper columnist in 1949, as he laid the foundation for his persona. These papers covered him often, and it's not hard to imagine that his pull was largely responsible for a full page feature in the Telegram from December 7, 1958, featuring Valda and coverage of the "recently-released" (?) Night of the Ghouls ("...which carried her up to stardom"?). While there are no mentions of writer-director Ed Wood, there are priceless details about Valda that have gone unrecorded elsewhere. And then there's that photo of Cris as "Dead Man." (!) Enjoy. 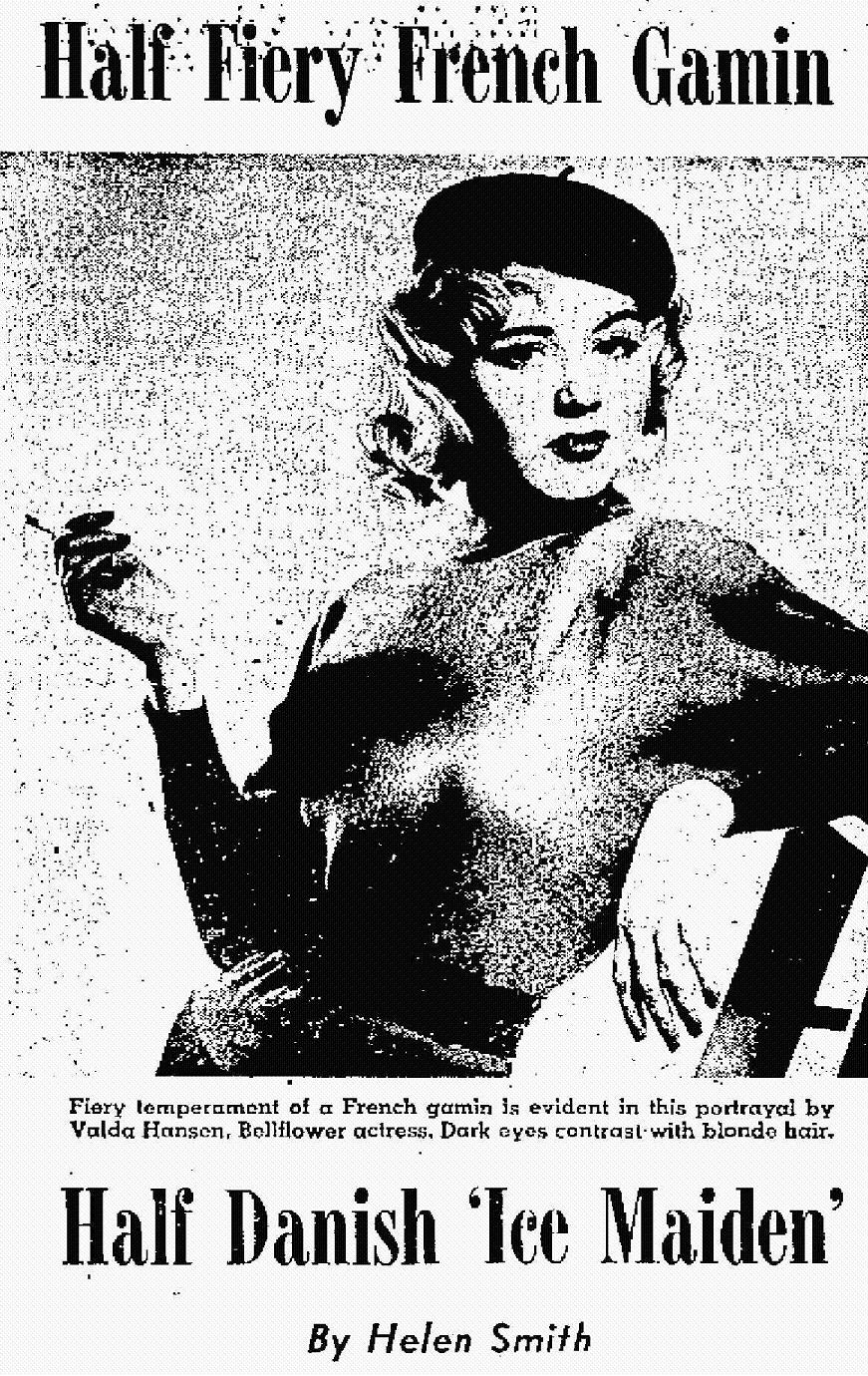 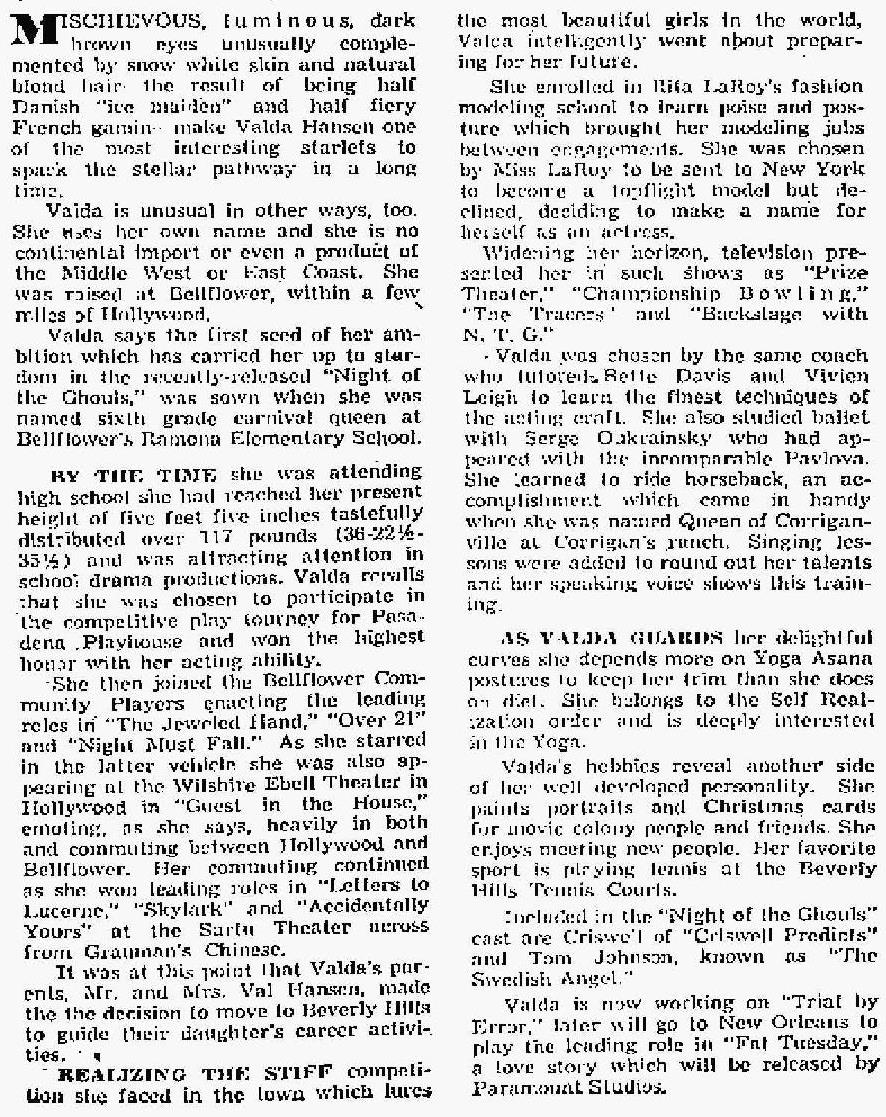 We'll return to Valda Hansen, and to Night of the Ghouls, among a host of topics all related to Ed Wood, this coming year here at Ed Wood Wednesdays!


NOTE: The original layout for this vintage article can be seen here at the Ed Wood Wednesdays Tumblr.