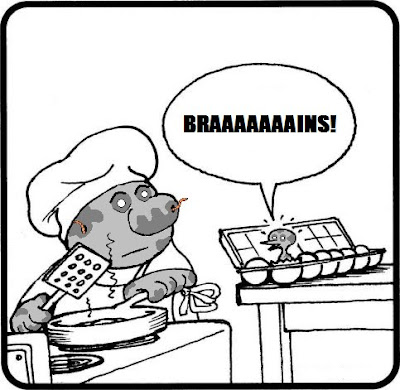 I call this one "Birdbrains" because... well, because The Unbearable Lightness of Being was taken!

But I want you to journey back with me now in time. Before Darren McGavin was Ralphie Parker's "old man" in A Christmas Story... even before he was Kolchak: The Night Stalker...

He was Mike Hammer.