(today's zomby) AND THREE RAPPING HITLERS! VOTE FOR THE BEST!

First, a sequel to yesterday's cartoon. 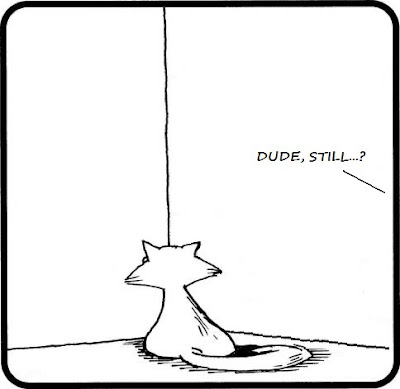 Incidentally, the idea of breaking people's wills by having them stare at a blank wall for hours is something I picked up from the incredible film If Footmen Tire You, What Will Horses Do?, which you can read about and see in its entirety right here! If you do nothing else in your life, see this film!

But enough of all that! What about those rapping Hitlers I promised you? Today I offer you the rare opportunity to gaze upon a trio rhyming Fuhrers and then judge which is the best.

So now you've seen the three rapping Hitlers. Now it's time to vote for the best.

May the best rapping Hitler win.