(today's zomby) AND "THE WALKING DEAD" MAKES THE COVER OF MAD!


The popularity of AMC's The Walking Dead has finally been confirmed in the most official way possible! Yes, the show has made the cover of MAD! It looks like issue #512 will contain a parody of the show called... "The Walking Dud." Hilarious, right? The article will be written by Desmond Devlin and drawn by Herman Mejia. I'm not too familiar with Mejia, but Devlin's been with the magazine for decades!

Here's the cover, with MAD's indefatigable mascot, Alfred E. Neuman, being devoured by the perambulating deceased... 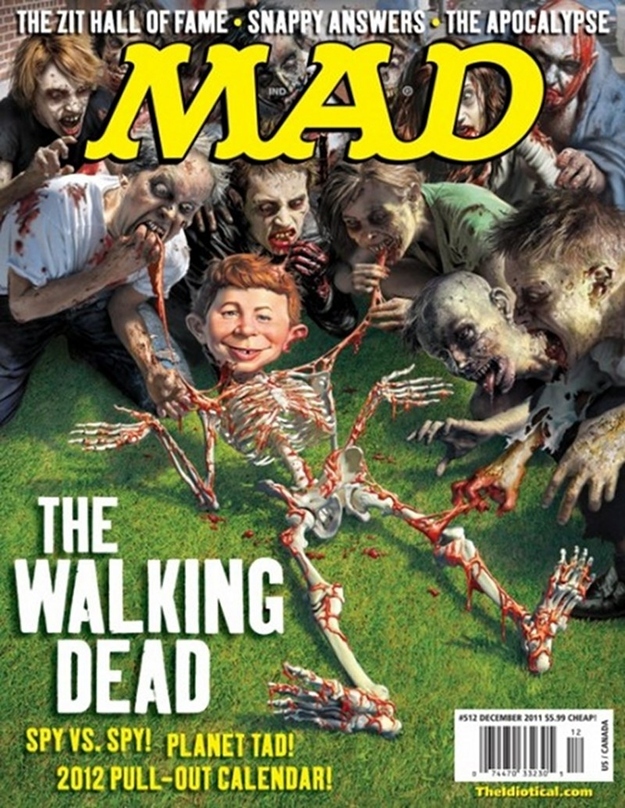 MAD's official blog, The Idiotical, has published some preview artwork. Here, for instance, is the opening splash panel:

And here's one of Herman Mejia's pencil sketches: 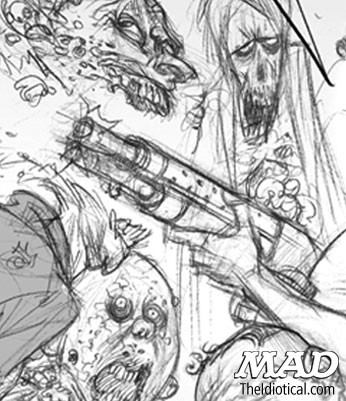 So if you're a big Walking Dead fan, this might be something to add to your collection. Or not. Up to you. It's a free country... but the magazine will set you back six bucks.